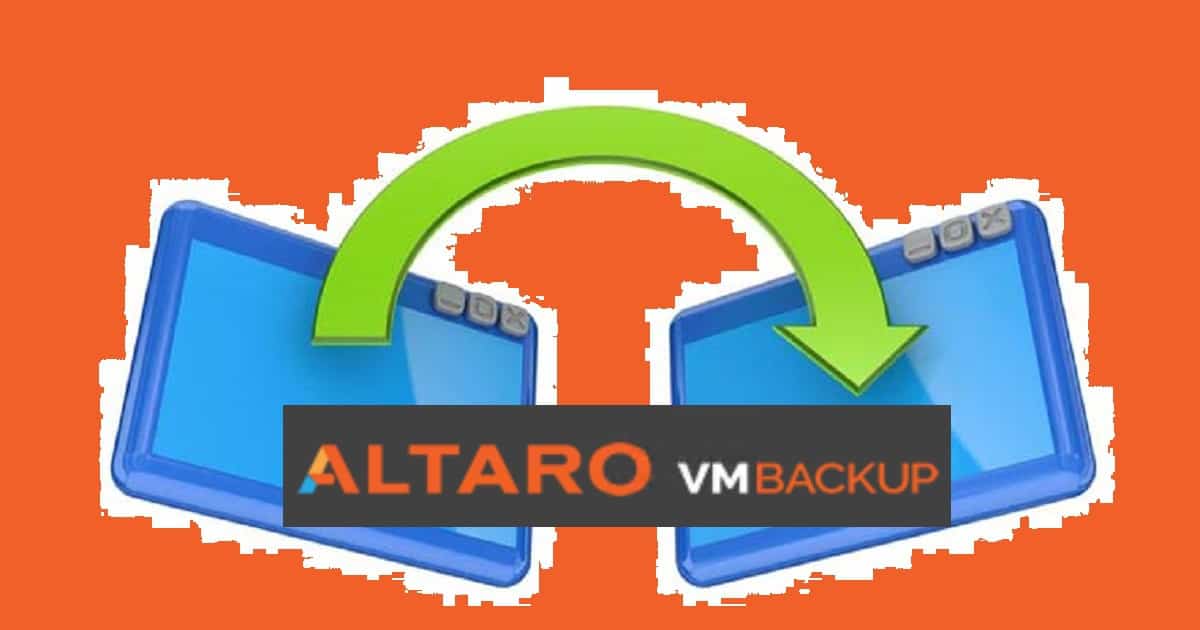 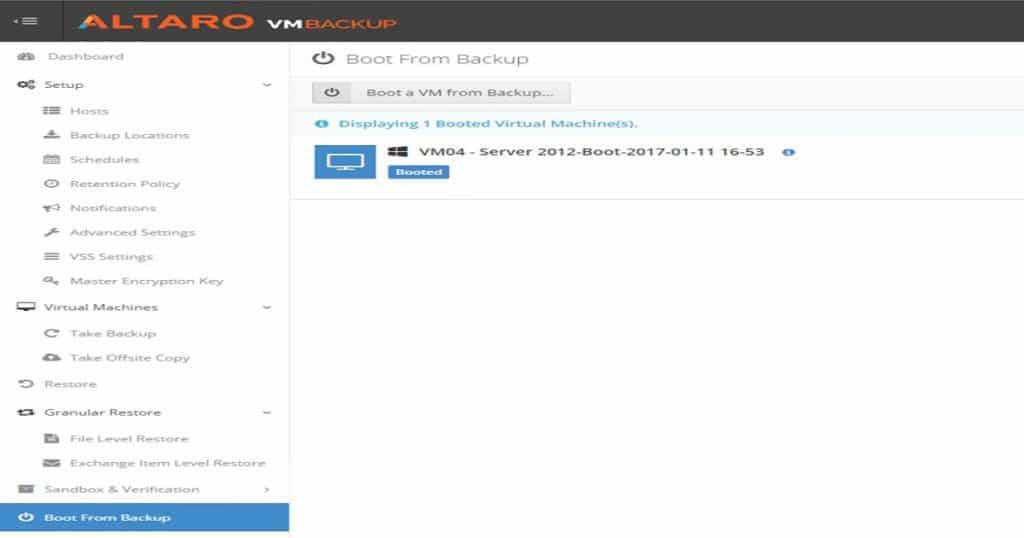 Boot from Backup is innovation in Altaro VM Backup V7 that enables users to instantly boot any VM version from the backup location without affecting integrity of the backup. If disaster strikes, the VM can be booted up instantly from the backup drive with minimal downtime, while the VM is restored back to the Hypervisor in the background. A simple VM reboot completes the recovery process and preserves any changes done while the VM was booted. 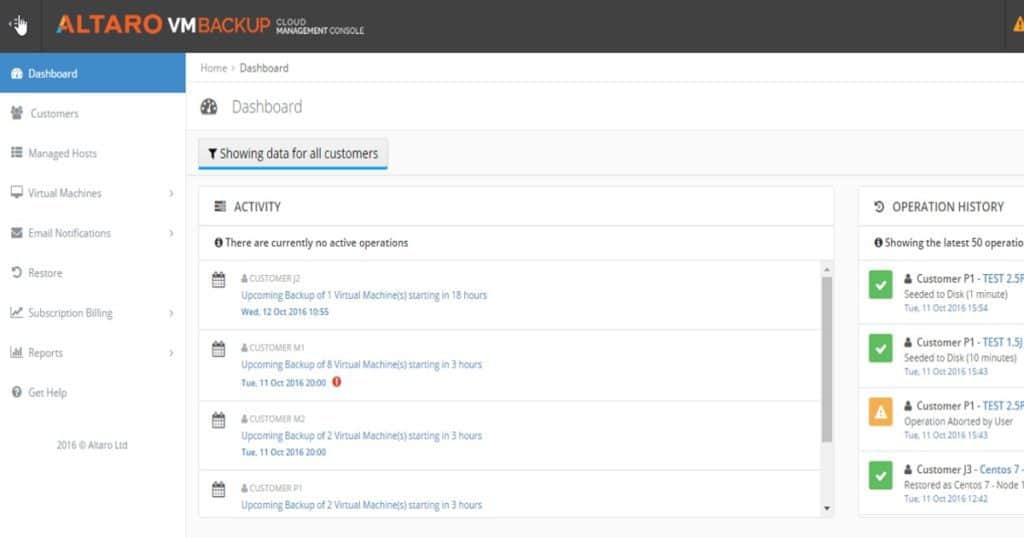 Augmented inline deduplication technology solves a common problem found in conventional backup solutions which DE duplicates data after the transfer process. With Altaro VM Backup v7, that process happens before the data is transferred. This process not only provides quicker backups, but it also reduces the amount of storage needed to store said backups significantly.