1. As a normal user I tried to uninstall the “Intune Company Portal” application from my android mobile and as you can in the following screen captures, the device won’t allow to unenroll / delete the Intune company portal. This is nice feature as the end users can’t be able to remove their device from a managed environment. Two options available in Intune company portal for Android mobile user are DEACTIVATE and OPEN.

2. It won’t allow you to DEACTIVATE Intune Company portal application from a managed mobile. See the screen capture below. It says “This app is device administrator and must be deactivated before uninstalling“. This is strange isn’t it? I didn’t try to uninstall the Intune company portal rather I tried deactivate it and the message says you need to deactivate it 😉 Probably it meant say you need to deactivate (retire) this mobile device from SCCM 2012 console in a hybrid scenario.

4. There are two options available in this window “Retire from Configuration Manager“. Selective wipe and Remove all the data and return to factory settings. In this post I’m going to explain about CYOD /BYOD device which is enrolled into company portal.

5. It’s nice that ConfigMgr SCCM is giving a warning a message and giving a chance again to cancel the retire or unenrollment operation of Android device.

“When you retire a mobile device, the information that is associated with this account on the mobile device (such as business apps, password requirements, and other settings) will also be deleted from this mobile device. The mobile device will be retired when it next downloads client policy. After the mobile device is successfully retired, it will no longer be managed by Configuration Manager”

Are you sure that you want to retire this mobile device?

Select YES. Don’t worry about waiting for next Intune policy cycle for android mobile device to get removed, what I’ve noticed is that for Android mobiles policy flow is ASAP. I got this policy on my Nexus phone with in 5 minutes.

7. Again a warning message about the Canceling the retirement or enrollment process. This would helpful to cancel the accidental retirement options selected by one of the employee.

“This mobile device might have already been retired/wiped but not yet reported this status to the Configuration Manager site. Are you sure that you want to cancel the retire/wipe request for this mobile device”

When you want cancel the retire process then click on YES. In this case I would like to cancel it out.  As I wanted to retire the mobile.

8. As mentioned above, For Android Mobiles, we don’t need to wait 8 or 24 hours like IOS and Windows Phone Mobile devices to get the next policy from Intune services.

Within 5 minutes, I’ve received the updated Intune policy on my Nexus 5 device.

A notification from Intune Company Portal Application “Your device is no longer managed by your IT admin. Access to company data, apps and email might have been removed. To regain access, enroll your device“

Super the unenrollment or removal process has been completed successfully.

9. Now when you go Google play and try to open “Intune Company portal” application then you will get new option called Uninstall 😉

Do you want to uninstall this app? Click OK to Uninstall the Intune Company Portal! 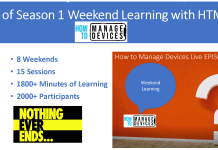 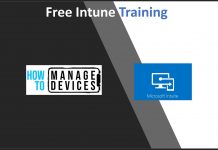 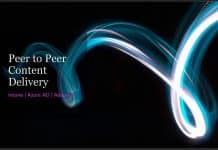