Hi I’m Joymalya Basu Roy, currently associated with a reputed MNC in the position of UEM Consultant. I’m an ex-MSFT and my primary technical domain relates to the cloud MDM and MAM solution from Microsoft – Microsoft Intune.

In my first post, I’m going to do a deep dive for Intune Management Extension (IME – aka sidecar agent) & try to relate the errors that we mostly encounter with our win32 deployments (Intune application model) to the app processing phases within IME.

When we deploy a Win32 app, most likely it comes up with one or another error, even though it reports success for majority of the deployment group. This post, I will be talking about the errors that I have encountered with Intune win32 app deployments.

However, the above error list is not exhaustive and there is a good chance that you can have a different error. The aim is to help you relate to error source and determine the cause.

Intune Management Extension(IME) aka SideCar Agent handles a Win32 app deployment in the above shown phases which is cyclic in nature.

A Win32 app deployment is considered Success if IME completes the entire cycle of phases for that app processing.

There is already an excellent blog post by Vimal Das explaining tracing the IME log as part of troubleshooting and I would encourage to see that first if are not acquainted with the same.

What the IntuneWinAppUtil Tool Does is?

As we create the application in Intune, what happens in background? You can see the high-level steps below:

When a request for the app comes in case of Available deployment, or if it is deployed as Required, the download URL to the encrypted .intunewin is delivered to the end device. Intune also sends down the decryption info to the IME for the client to decrypt and unzip the contents

If you would want to retrieve the source contents from a win32 app package uploaded to Intune, you can check a great blog on the same here by Oliver Kieselbach.

Let’s get started. The working flow of IME in a nutshell overview is given below.

For each detected Win32 app by the SideCar (IME) agent, it relies on EnterpriseDesktop AppManagement CSP for delivery of the app package and execution on the end device.

Important information as provided here are

EnforcementRetryIndex: The current number of retry.

As can be seen, the SideCar agent has a pre-defined max retry attempt of 3 times as such if the app install fails due to download error, timeout or any other issues in the 1st attempt, it will re-attempt the same for 2 more times after which the Status will be set to 60 – Enforcement Failed.

Once it is marked as failed, GRS (Global Re-evaluation Scheme) will kick in and will wait for 24 hours before resetting the retry index counter. Thus if a Required app fails in all the 3 attempts, IME waits till GRS resets ths retry counter to process the app again.

If the application is successfully installed, a registry entry gets created under HKEY_LOCAL_MACHINE\SOFTWARE\Microsoft\IntuneManagementExtension\Win32Apps\{SID}\{App GUID}

With the above overview, now lets have a look inside each phase in which IME handles the win32 application

In order for IME to work, it needs to get the token. It fetches the same by querying the current logged on user profile.

With the AAD token, IME then proceeds to the next phase where it reaches out to the service to get the application policies as made available to the user/device

As you can understand, the most common error that can occur in this phase is due to IME unable to get the token. In such case, you can expect to see a log entry like below

Or, if you have AAD joined post OOBE setup from Settings, unless you switch user and log-in with your AAD account, you would expect to get this

Once IME has got the token, it checks the current proxy and sends a network request to the service to fetch the Win32 apps (policies)

The result as received is used by IME to get the detection methods, applicability checks and requirements checks as configured for this app.

Detection can be based on Registry path, Product code or File Path as configured while creating the app in Intune portal

It can be a custom script as well where the IME will trigger the script and the detection result will be based on the exit status of the script.

Error that can occur in this phase is caused due to improper detection logic which will cause IME to skip further processing the app. Sample error in log show like this

This is when IME processes the settings as specified in the app policy to check if the system meets the requirements.

In such cases, it will might report back with error Unknown (0x87D30000). The other common errors you can get are

If any additional requirements has been specified in app, IME checks if the system satisfies the same.

Error in this phase depends if the IME encounters any System Exception while querying the specified rules or if a custom script is used for the purpose, then the exit code of the script.

Most common error in this phase would be RegistryRequirementNotMet. In both Applicability check and Extended Requirement check, if the specified requirement is not met, you can expect a log entry like this

This is the phase where IME downloads the app package (.intunewin) from the Intune CDN to the device.  The download is done to path C:\Program Files (x86)\Microsoft Intune Management Extension\Content\Incoming

Error that can occur in this phase is usually due to network and dependency on the BITS service which handles the download job as created, resulting in errors not limited to

Integrity Check and Unzip the package

Post download the file is moved to the path  C:\Program Files (x86)\Microsoft Intune Management Extension\Content\Staging\ where the IME checks the integrity of application package as downloaded.

At this point, you can encounter the error The system cannot find the file specified. (0x80070002) which happens due to AV. It is recommended to exclude the locations as used by IME to be monitored by an AV as it may interfere in the process.

Post successful integrity check and decryption, the file (this is the .intunewin file as present within the Contents subfolder of the IntuneWinPackage folder) is unzipped to location C:\Windows\IMECache\

Error that can occur during this phase are

IME starts the execution and sets the retry count (there is a total of 3 retry with 5 minutes interval).

Flow for app in User Context

Before IME could create the installer process, if a change in session is detected like log-off, it will cause an error like below resulting The user logged off while the app policy was being processed. (0x87D300CD)

Flow for app in Device Context

You can safely ignore that StatusService warning.

The installer process as created by IME has a predefined timeout of 60 mins. If the process fails to install the application during this time, which may be due to system activity (high CPU utilization), in such case results

In general, the errors that can occur in this phase are directly related to the application and is usually thrown by the IPExitCode or lastHResult. For example if the installation is triggered via a script, then the IPExitCode will define Success or Error.

If the installer process fails, IME has a retry check of 3 – it tries 3 times to get the app installed if it encounters any failure during an processing cycle. The retry interval is 5 mins from the last failure. However, for each retry, IME will start from the beginning of the app processing phase, as such the detection, applicability, extended requirements will again be checked. When it comes to the download phase, it will not again initiate a download, but will find the app package from Cache itself. This is because contents of the  C:\Windows\IMECache\ folder is cleaned up post successful install only. At this point, you are most likely to encounter the error The system cannot find the file specified. (0x80070002) which happens due to AV.

This is the phase where IME triggers the detection manager to execute the detection rules once more to confirm the app install status. Even if the installation is actually done but the detection rule is not capable of checking the right place, will result in IME report the same as a failure.

A change in session at this stage will cause IME to report back as The application was not detected after installation completed successfully (0x87D1041C).

This is the phase where IME sets the compliance for the app policy as based on the outcome of Installation phase and Post-Install Detection phase results, cleans the contents from IMECache folder and creates the app report.

Same as above, if a change in session is detected, will result The application was not detected after installation completed successfully (0x87D1041C). If the install is success but the post install detection result is false, it will still report as an error as below.

The last phase of app processing where IME sends the result to the service and saves the results locally.

In case where the IME client itself faces some error, it might cause the Client error occurred (0x87D300CA)

The Client Health evaluation is performed every 8 hours.

Since in Available app flow, the application is not enforced by Intune but depends on the user, hence IME does not re-evaluates the app status again if it fails in the 1st instance. In case of Required app flow, IME will continue to re-evaluate each app result in each cycle.

As such even if the application was installed but due to any issues as mentioned reported as “The application was not detected after installation completed successfully (0x87D1041C)”, IME won’t re-evaluate to correct it in the subsequent sync cycles.

But for a required application, even if it reported as an error (unless an error which is related to the package itself), there is a good chance that it will be corrected in the subsequent sync cycles. 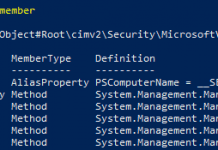 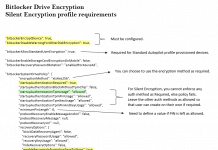 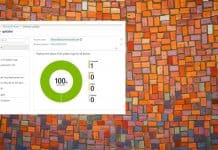 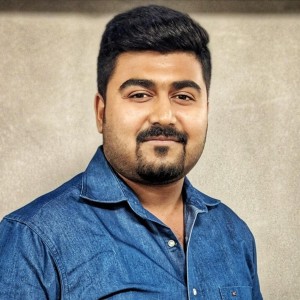