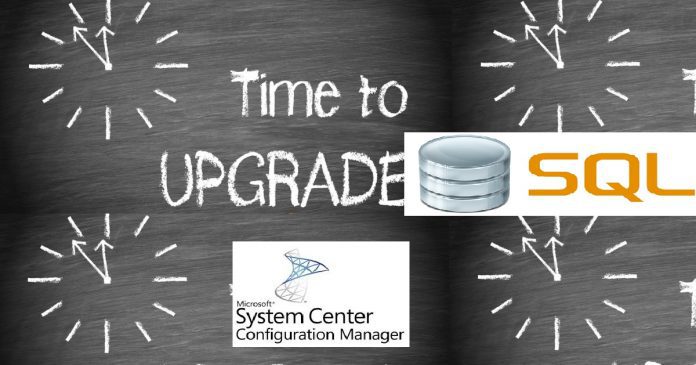 I’m Kannan C S and working as Sr. Infra Architect in leading IT Company having 15 years IT experience. I have been with Configuration Manager [Designing, Implementation, Migration and Support], System Center Orchestrator [Designing and Implementation], Windows Server support. You can refer to my blog here.

In this blog post, I will provide a quick overview about best practices  we SCCM/ConfigMgr admins have to take care before and after the SQL Server 2014 or 2016 migrations. This also covers guidelines on troubleshooting issues on the issues like SQL query timed out and SCCM/ConfigMgr console slowness.

The following plan affecting trace flags are available in Microsoft SQL Server 2014 when SCCM CB is running with this instance of SQL:

Note that if my database compatibility level was for an earlier level, I see the following:

After migration of SQL 2012 to SQL 2014 or 2016, to identify the SQL CE compatibility level is in use for SCCM/ConfigMgr database, run the following query

See the following example of a specific-query test run at the SQL 2012 CE level:

Note: ANN00012 is example for Deployment ID, it will vary based on your environment.

If the above query returns the result in faster, then there is no change required in your environment. Before making any changes on the DB  take a backup !!

If the above test indicates that performance gains can be achieved, use the following command in SQL Server Management Studio to set the ConfigMgr/SCCM database running on SQL Server 2014 to the SQL Server 2012 CE compatibility level:

Note In the two examples above, replace <CM_DB> with your ConfigMgr/SCCM site database name.