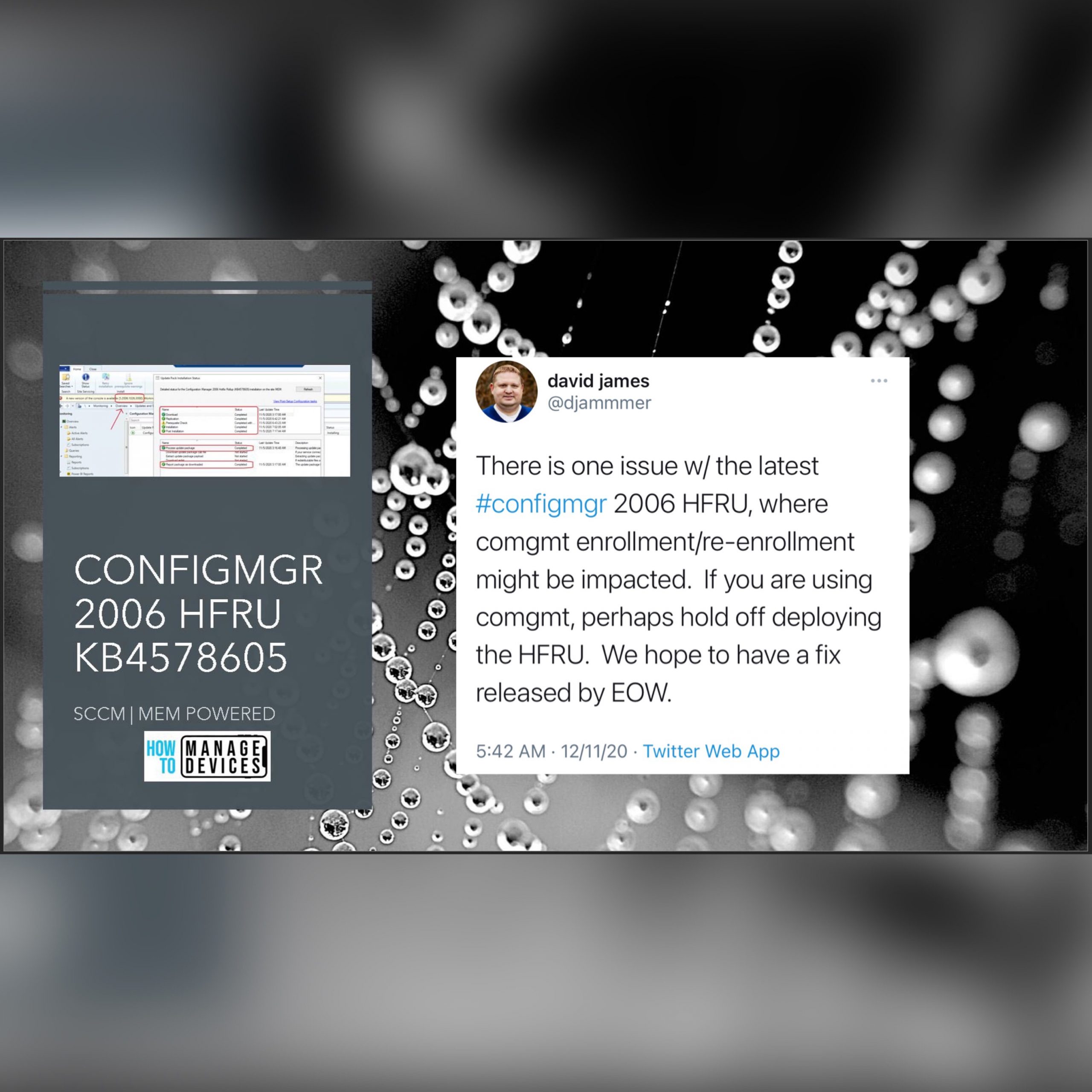 This post is to share a quick update on SCCM 2006 Rollup Update Known Issue | Hold Off | ConfigMgr. We have released a post about HFRU ConfigMgr 2006 Hotfix KB4578605 SCCM | Update Rollup | 22 Fixes. Microsoft shared a known issue with that patch if you are using Co-Management features like enrollment/re-enrollment.

David James mentioned in the latest Tweet to hold off this HFRU deployment. Microsoft is planning to release a fix to this issue by end of this week.

View all posts by this author
We use cookies to ensure that we give you the best experience on our website. If you continue to use this site we will assume that you are happy with it.AgreeRead More