What is the very basic improvement that I can see in SCCM CB 1702 production console is Feedback Balloons everywhere? Yeah, SCCM/ConfigMgr is the great product for device management, and there is no competition at all! Why? I would say this is because of the improvements the product team made and the GREAT SCCM/ConfigMgr community we have for this product. It’s all about the community contributions improving a software product. The SCCM product team is always open for new ideas and feedbacks, and this is one of the reason behind the greatness of SCCM as a product. Software developers can’t make any excellent product without great feedback from real-time users of the applications. So that is the importance of SCCM/ConfigMgr IT Pro community.

If you are yet to download and upgrade the latest version of SCCM CB then, here is my previous post which will help you to upgrade SCCM CB to latest version called Configuration Manager CB 1702. Another biggest change I can see the repositioning of “Updates and Servicing” node in the SCCM CB console. The “Updates and Servicing” node is the topmost node in Administration workspace of SCCM CB 1702 production version console. In console increased a lot in in SCCM CB 1702 console. SCCM CB 1702 onwards SUP (software Update points) are boundary aware similar to MPs and DPs. This is an excellent help towards SCCM architects to make better decision to have SUPs.

The biggest and most awaited thing in SCCM CB hybrid is feature parity between Intune Stand alone version and SCCM CB hybrid version. SCCM product team did a great job to get the feature parity between Intune SA (StandAlone) and SCCM CB hybrid version. I have explained this in the above comparison video. So, if we go over to Configuration Policy for iOS and MAC OS devices via MDM channel that is without using SCCM Client then, you can see HUGE improvements! Some of the changes in numbers are given below:- 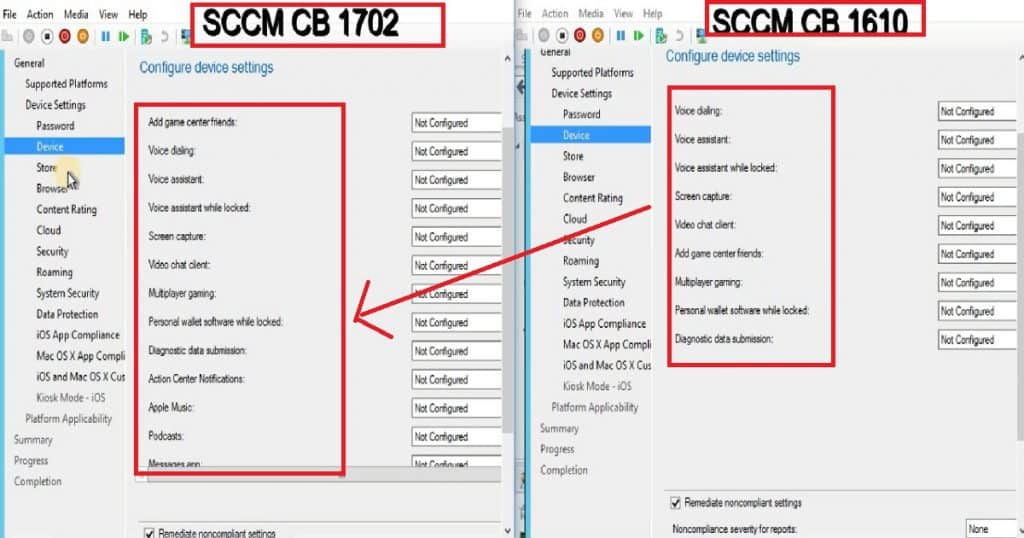 There were 17 features included in the SCCM CB 1610 version and SCCM/ConfigMgr Product team added 4 more new features to the latest release of SCCM CB 1702! Those four new pre-release features added to SCCM CB 1702 is listed down. Only one feature which moved from pre-release to production release and that is Conditional Access for Managed PCS. 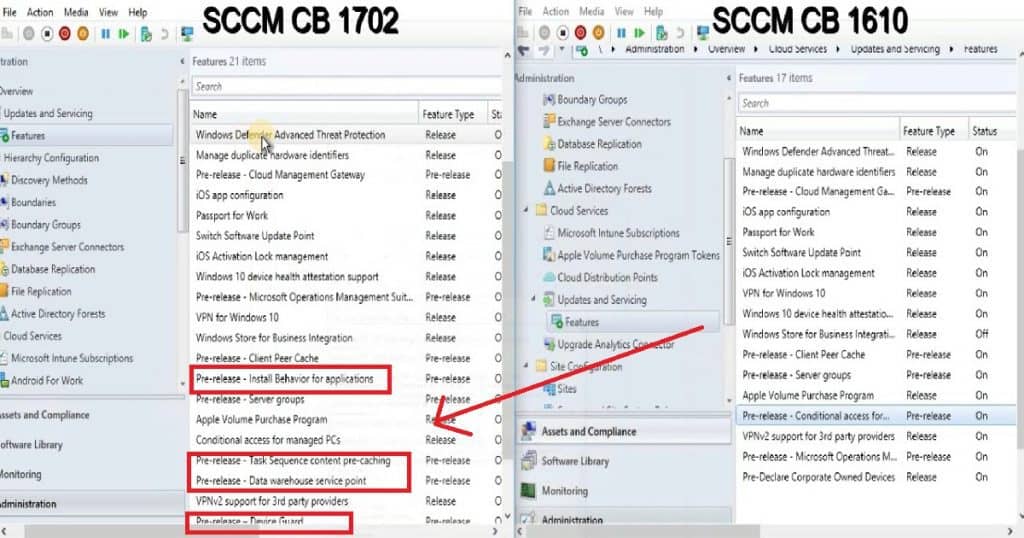 Another excellent news for SCCM CB hybrid customers is that there are some great 5 new additions to Compliance policies! We can’t anymore select the different versions of Android and iOS platform while creating a compliance policy or configuration policy with SCCM CB 1702.  Granularity in choosing different Android/iOS version got removed. New compliance policies are:- 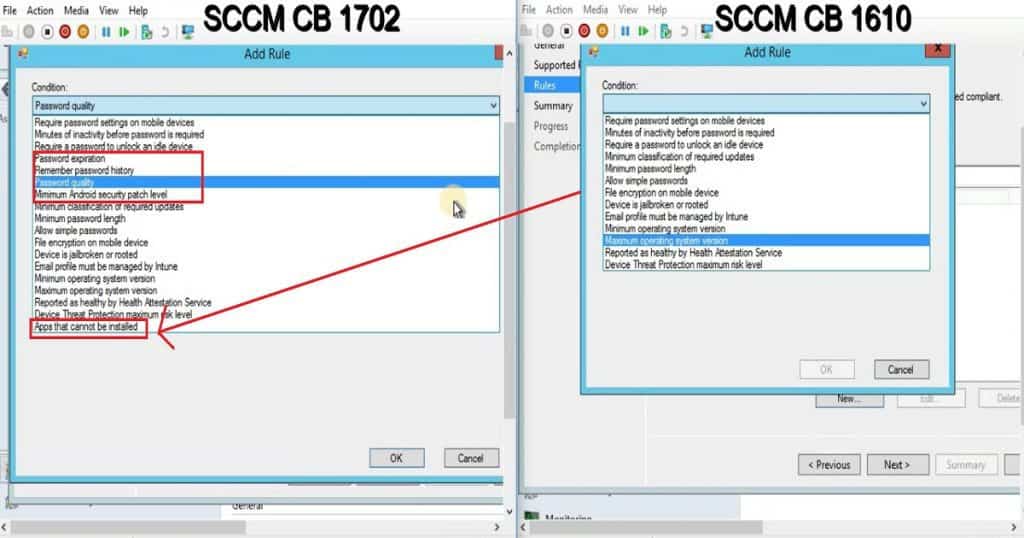 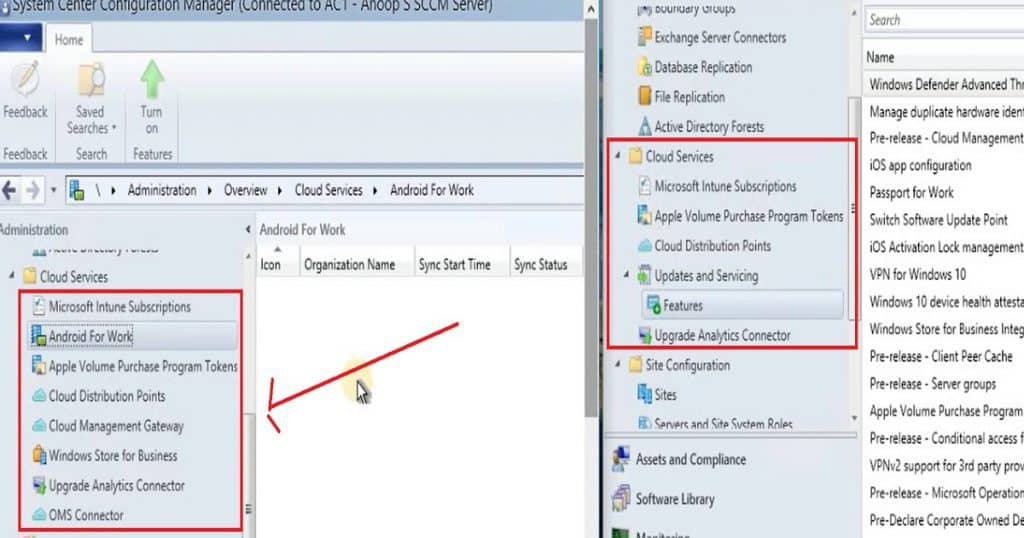