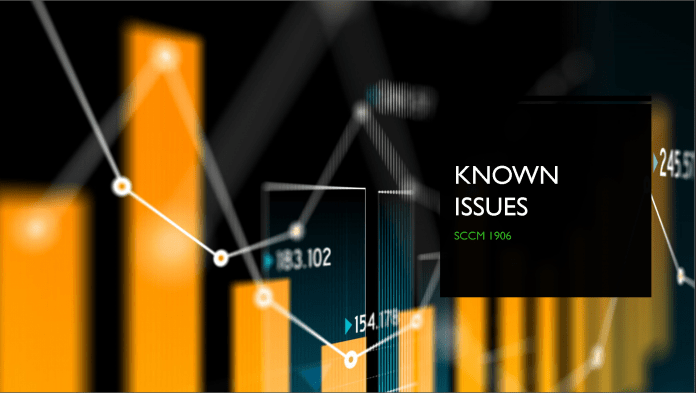 SCCM 1906 is in slow ring now and SCCM 1906 update will be available for all SCCM infrastructure with online Service Connection Point. Also, you should have versions SCCM 1806 or SCCM 1810, or SCCM 1902. In this post, you will learn more about SCCM 1906 known issues.

This post is to help SCCM admins to easily go through a list of SCCM 1906 Known Issues production version. Most of the highlighted issues are collected via social media channels and Microsoft documentation.

NOTE! – These issues are not blockers for SCCM 1906 production upgrade

There are some known issues which SCCM 1906 as per the Microsoft documentation. Some of them are just warning so that you can just ignore and/or perform workaround as mentioned below.

The following SCCM 1906 fixes are the top reasons for upgrade SCCM 1906. Let’s check out the list of Fixes coming with SCCM 1906.

SCCM 1906 known issues will be discussed in the above section of this blog post.

The following issues are fixed in SCCM 1906 production version. These were known issues of the previous versions of SCCM.

Following are the issues fixed in the SCCM 1906 production version.

The following are the SCCM client known issues fixed with SCCM 1906 production release.

SCCM 1906 fixes the slowness in the 2 default reports listed below. 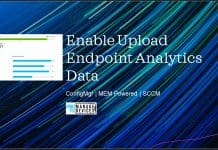 ABOUT US
Hi, I’m Anoop C Nair. I’m the person behind this website. Thank you for visiting the website and about me page! My website is all about Microsoft technologies. More about ConfigMgr (a.k.a SCCM), Intune, Mobile Device Management and all other technologies which are interesting for me. Read more about me here
FOLLOW US
© Anoop C Nair | Powered By WordPress & About Me
Go to mobile version
We use cookies to ensure that we give you the best experience on our website. If you continue to use this site we will assume that you are happy with it.AgreeRead More